You are here: Home / Charter Schools / Does it Work? What Research Says About Montessori and Student Outcomes

Montessori parents know first-hand how this approach to education supports and nurtures children’s development in all areas: physical, intellectual, language, and social-emotional. Scientific research confirms that Montessori children have an advantage not only academically, but also in social and emotional development. 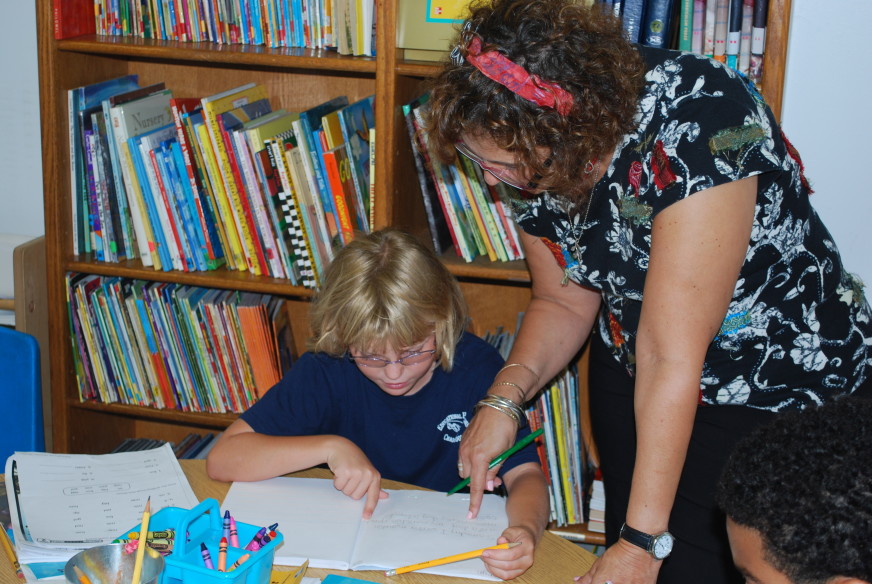 Dohrmann, K., “Outcomes for Students in a Montessori Program: A Longitudinal Study of the Experience in the Milwaukee Public Schools” (AMI/USA May, 2003).

This longitudinal study of Milwaukee high school graduates showed that students who had attended Montessori preschool and elementary programs significantly outperformed a peer control group on math/science scores. “In essence,” the study found, “attending a Montessori program from the approximate ages of three to 11 predicts significantly higher mathematics and science standardized test scores in high school.”

This article describes the positive impact of Montessori manipulative materials on four seventh grade students who qualified for academic intervention services because of previous low state test scores in mathematics. The article presents a brief introduction to the Montessori approach to learning, an overview of Montessori mathematics, and an explanation of the Checkerboard for Multiplication with related multiplication manipulatives. Pretest/posttest results of the four students indicated that all increased their understanding of multiplication. The results of an attitude survey showed students improved in enjoyment, perceived knowledge, and confidence in solving multiplication problems.

East Dallas Community Schools operates two inner-city Montessori schools that serve an ethnically and culturally diverse group of primarily low-income families. In over 30 years of using the Montessori approach to education, EDCS has proved that all children, regardless of race or income, can succeed in school when you start young and involve parents. In a neighborhood in which the high school dropout rate is over 50%, children who attend EDCS have graduated from high school at a rate of 94%, with 88% of those graduates attending college. A ten-year study of standardized test scores found that third grade students’ average scores were in the top 36% nationwide in reading and math. Even though many of these children start school without speaking any English, 100% of the children test as fluent in English by the end of the third grade.

Researchers compared Montessori students with students in other school programs, and found that 5-year-old children who completed the three-year cycle in the Montessori preschool program scored higher on both academic and behavioral tests than the control group. The study also found that 12-year-old Montessori students wrote more sophisticated and creative stories and showed a more highly developed sense of community and social skills than students in other programs.

Lillard, A.S., Montessori: The Science Behind the Genius, New York: Oxford UP, 2005.

A comprehensive review of the scientific literature that demonstrates how current research validates Dr. Montessori’s observations about how children learn, particularly with regard to movement and cognition, the detrimental effect on motivation of extrinsic rewards, the beneficial effect of order in the environment, and the academic and emotional benefits of freedom of choice.

This study compared middle school students in Montessori programs with students in traditional middle schools, and found significantly higher student motivation and socialization among the Montessori students. “There were strong differences suggesting that Montessori students were feeling more active, strong, excited, happy, relaxed, sociable, and proud while engaged in academic work. They were also enjoying themselves more, they were more interested in what they were doing, and they wanted to be doing academic work more than the traditional students.”

To be successful takes creativity, flexibility, self-control, and discipline. Central to all those are executive functions, including mentally playing with ideas, giving a considered rather than a compulsive response, and staying focused. This review compares research results from various activities and curricula that have been shown to improve children’s executive function, including computerized training, aerobic exercise, martial arts and mindfulness practices, and classroom curricula including Montessori education. In a comparison of curricula and curricula add-ons, the Montessori approach is shown to meet more criteria for the development of executive function for a more extended age group.

Diamond, A., “The Evidence Base for Improving School Outcomes by Addressing the Whole Child and by Addressing Skills and Attitudes, Not Just Content.” Early Education and Development, 2:780-793 (2010)

Dr. Adele Diamond, Professor of Developmental Cognitive Neuroscience at the University of British Columbia, is one of the world’s leading researchers on the development of cognitive function and a supporter of Montessori education. In this article she discusses effective strategies for advancing academic achievement, and advises: “Programs that address the whole child (cognitive, emotional, social and physical needs) are the most successful at improving any single aspect – for good reason. For example, if you want to help children with academic development, you will not realize the best results if you focus only on academic achievement (though at first glance doing that might seem the most efficient strategy); counter-intuitively, the most efficient and effective strategy for advancing academic achievement is to also nurture children’s social, emotional, and physical needs.”

Originally published on theNational Center for Montessori in the Public Sector website.

Educational Horizons Charter School is located in West Melbourne, Florida. Educational Horizons is a small community-focused Charter School with an emphasis on the Montessori Method. We are proud to be an "A" school within the Brevard Public School system for the past FOUR years!  We also have the rating of a "High Performing School" as well as a "Florida School of Excellence". Kindergarten through sixth grade is … END_OF_DOCUMENT_TOKEN_TO_BE_REPLACED