The 14-year-old West Melbourne resident was honored with the Samueli Foundation Prize for overall excellence in science, technology, engineering and math, also known as the STEM fields. River also will have a newly discovered asteroid named after him. Grace was one of 30 finalists from 17 states who attended the third annual Broadcom Math, Applied Science, Technology and Engineering for Rising Stars, or MASTERS, competition. “I had no idea I’d win this,” Grace said. “Any one of us could have won.”

River’s project was titled “Rain Dance of the Radiata: Behavior of the Endangered Radiated Tortoise and Related Species.”

While researching the Radiated Tortoise, River realized that not much is known about the species, which is only found in southern Madagascar. It’s critically endangered, and scientists estimate it could be extinct in the next 20 years. 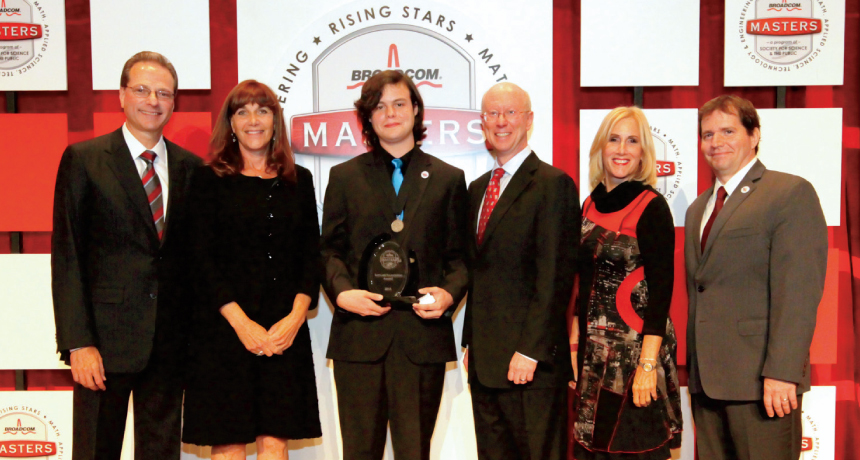 Below are some related news articles and tweets about his project and recent trip to Washington D.C. Way to go, River!

Brevard Zoo would like to congratulate local student River Grace, winner of the Samueli Foundation Prize for… http://t.co/eg3KVRhqhj

Educational Horizons Charter School is located in West Melbourne, Florida. Educational Horizons is a small community-focused Charter School with an emphasis on the Montessori Method. We are proud to be an "A" school within the Brevard Public School system for the past FOUR years!  We also have the rating of a "High Performing School" as well as a "Florida School of Excellence". Kindergarten through sixth grade is … END_OF_DOCUMENT_TOKEN_TO_BE_REPLACED