You are here: Home / Montessori / Importance and Nature of the Silent Game

Our world today is full of noises. Even music seems to spurn harmony and tend to ‘noisomeness’. Indeed it increases its volume in decibels to the extent of endangering hearing. This was not always so. Until recently the opposite was true. Silence was essential to the human soul; children instinctively sought it, because they loved it. It is interesting to read what Dr. Montessori said about it in one of her courses, in 1930. 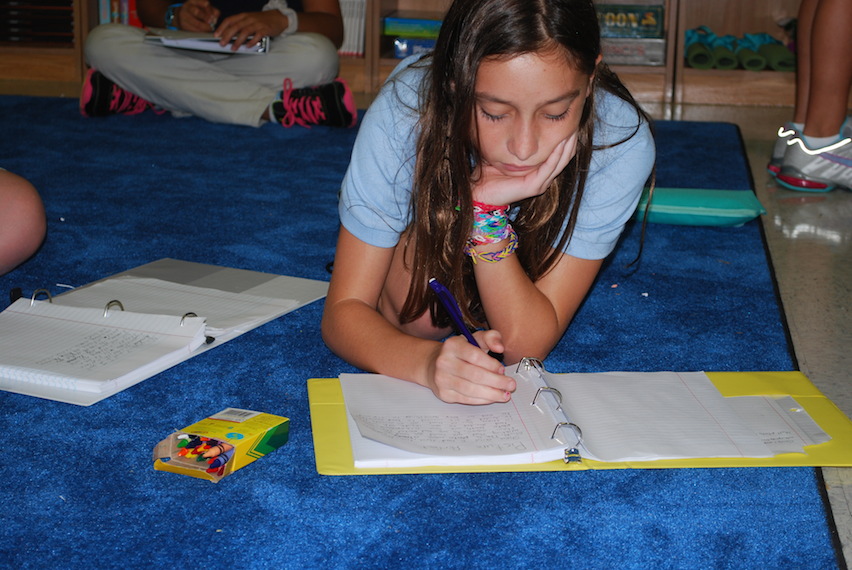 To eliminate sounds or noise – that is to have silence – only one thing is necessary: that there be no movement. This is a condition. But certainly silence is a very difficult thing, indeed impossible, because to obtain it there must be an absolute lack of movement. There can be grades of it, however, just as there are grades of sounds and noises.

By silence, the finality at which we can aim as an immediate interest of research, is generally meant the maximum silence which can be obtained; for example in a class or at a gathering (such as ours) where there are many people, they, by being still, little by little provoke a silence which becomes more deep the more the people persuade themselves that they must not move and control all their movements. In other words they repress them, a thing that generally many people, children for instance, supposedly cannot do. But we know that small children are able to inhibit all their movements if they themselves have already had an education of the movements such as ours in which they have received indications in controlling movements, a process which prepares them for this last step: complete inhibition.

As teachers know, the most difficult thing is not to move. It is more difficult not to move than to move well. For this reason the children must have done long exercises in moving well and in controlling their motions before being able to succeed in this sort of triumph of the will which inhibits every voluntary movement. Then all the noises of children or of people gathered together exist no longer; this accomplished, at the first moment there seems to be silence. But, little by little, we begin to realize that there is not, because – once the loud noises are hushed – the soft noises are revealed and if we abolished these, there would be others finer. So there is a sort of acuteness which follows the finer grades of silence. For there are distant noises and near ones; we can abolish those near but not those far away. Prevalent in cities above all are loud noises but in the country there are soft and far away ones, a bird flying, etc… Among us, for instance, the ticking of a clock, which we do not usually perceive, would become perceptible little by little if we were silent. Flying insects which we do not hear generally, might be heard if we were silent.

So then there is an interest to discover those things which generally we do not perceive in ordinary life and it would almost seem as if we put the equivalent of a microscope to our ears because the microscope makes the eye see things imperceptible to the naked eye, and it is as if we put on the ear a sort of “lense of silence” which makes it easy to discover things to which otherwise we might not pay any attention. Children are so sensitive to this that many times I have found children of two years trying to find more occult noises by being silent.

Today silence has become a public rite, a manifestation of remembrance or a salute to those gone by. This experience can be done well or badly. For us it is possible to have it done well, because we were able to place this fact of inhibition in the will of small children before it became used in public demonstration.

The child loves silence in itself; however, there is something to add: that silence disposes the soul of the immobile being to something special, in other words silence does not leave us as we were before. This something special is certainly not an acquisition of culture because complete inhibition is an external state, but it acts upon an internal state. All thinkers and mystics are said to have sought silence because it predisposes to the interior attitude of meditation. As a beautiful environment with light, color, perfume can have an influence on poetical inspiration, so silence gives us above all the surprise of possessing within us something which we did not know we had, spirituality, and the little child tends to feel this interior life, because he is by excellence the interior being. No doubt the child who has experienced it is no longer the same child, but a soul expecting something.

The satisfaction we give to this state of the soul is to call by name the child who is waiting and he comes to us; we call them all and they all come to us one by one; they move, they get up and come, seeking to make the least possible noise. The child who waits and hears himself called has accomplished a kind of cycle of satisfaction; he comes walking quietly on tip-toe so as not to make a noise. So the teacher must call by name all the children who are in silence, one after the other without forgetting anyone, because we cannot make a soul remain anxious to be called and then not call it. The one who is last and has waited the longest must be truly satisfied. Those teachers are cruel who do this exercise as a sort of luxury for they lead all the children to put all their efforts and energies to this exercise and then leave them disappointed; as if the teacher did not believe that in that soul there is a need to which it is our duty to correspond. Therefore we must call all the children who are waiting.

The voice of the teacher must not disturb, it must be a voice without sound, a voice which is difficult to hear and one must be in silence to hear it. The teacher must do exercises to pronounce the names of the children with a soft voice, pitching it in the most indistinct manner possible. Often people visit one of our schools and see this silence exercise, they believe that the teacher is silent and ask themselves for what reason certain children all of a sudden get up and go to the teacher and why only those children and not others. This is because the visitors hear nothing but the child who is in suspense hears the voice which calls his name, even from afar, thus for instance stretching out the syllables the children hear as if it were a voice from far away which calls them.

It is not the movement of the lips which reveals to the child his name pronounced without sound; indeed the teacher should place herself behind the children or outside the room, in such a way as not to be seen, because it is the voice that calls that must be heard by the child; the name must not be read upon the lips. With the exercise we must put in evidence, emphasize this characteristic and we must not come to falsify it. For this, I say, the teacher must put herself behind, far away.

Often the children, to abandon themselves to this delight, close their eyes, because they are accustomed to blindfold their eyes in order to perceive better the sensations: this closing of the eyes sharpens the hearing and we see children closing the eyes to hear purely the voice.

Thus, this exercise and others bring little by little a discipline composed of calmness and interior beatitude.

Educational Horizons Charter School is located in West Melbourne, Florida. Educational Horizons is a small community-focused Charter School with an emphasis on the Montessori Method. We are proud to be an "A" school within the Brevard Public School system for the past FIVE years!  We also have the rating of a "High Performing School" as well as a "Florida School of Excellence". Kindergarten through sixth grade is … END_OF_DOCUMENT_TOKEN_TO_BE_REPLACED