You are here: Home / Charter Schools / The Process of Normalization 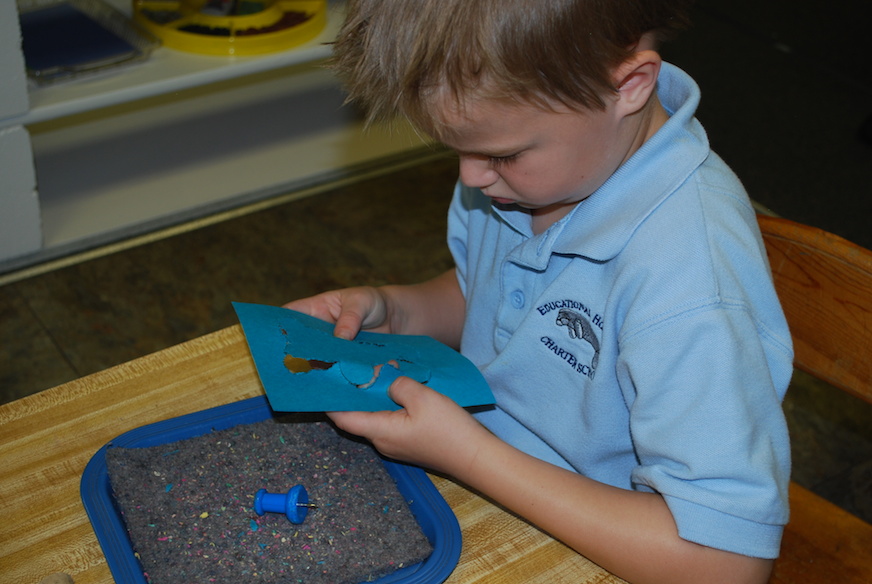 Montessori observed that when children are allowed freedom in an environment suited to their needs, they blossom. After a period of intense concentration, working with materials that fully engage their interest, children appear to be refreshed and contented. Through continued concentrated work of their own choice, children grow in inner discipline and peace. She called this process “normalization” and cited it as “the most important single result of our whole work” (The Absorbent Mind, 1949).

She went on to write,

Only “normalised” children, aided by their environment, show in their subsequent development those wonderful powers that we describe: spontaneous discipline, continuous and happy work, social sentiments of help and sympathy for others. . . . An interesting piece of work, freely chosen, which has the virtue of inducing concentration rather than fatigue, adds to the child’s energies and mental capacities, and leads him to self-mastery. . . . One is tempted to say that the children are performing spiritual exercises, having found the path of self-perfectionment and of ascent to the inner heights of the soul. (Maria Montessori, The Absorbent Mind, 1949)

E.M. Standing (Maria Montessori: Her Life and Work, 1957) lists these as the characteristics of normalization: love of order, love of work, spontaneous concentration, attachment to reality, love of silence and of working alone, sublimation of the possessive instinct, power to act from real choice, obedience, independence and initiative, spontaneous self-discipline, and joy. Montessori believed that these are the truly “normal” characteristics of childhood, which emerge when children’s developmental needs are met.

Educational Horizons Charter School is located in West Melbourne, Florida. Educational Horizons is a small community-focused Charter School with an emphasis on the Montessori Method. We are proud to be an "A" school within the Brevard Public School system for the past FIVE years!  We also have the rating of a "High Performing School" as well as a "Florida School of Excellence". Kindergarten through sixth grade is … END_OF_DOCUMENT_TOKEN_TO_BE_REPLACED